He spent an exceptional career in Bratislava Slovan, with whom he won the most valuable club trophy – PVP.


Delighted captain Alexander Horváth with a valuable trophy over his head after returning to Bratislava. The Slavists received a great welcome from the fans.


Despite this, the legendary captain was twice threatened with prison at home. He lived most of his life in Brussels, where he died on the last day of August. Alexander Horváth, born in Mošovice, was 83 years old.

For the rest of his life he mainly remembered the triumphant return from Basel.

At the St. James Stadium on May 21, 1969, he was the first of the Slavists, radio reporter Gabo Zelenay emotionally called the hawks from Tehelné polě in a live report of the scene, after the final with Barcelona (3:2) , he lifted the rare cup above his head.

The only one in the whole Czechoslovak and Slovak era. No other team has enjoyed winning the European trophy before or since.

With a glass on the roof of the taxi

How did the Whites captain remember the special moments?

“It was a great honor to come to Bratislava. I have never experienced anything like this. Taxis were waiting for us at the Austrian border. I arrived in the city on the roof of one of them. There were many people on the street “We didn’t expect such a great reception. We were touched.”

The tribute to football heroes was organized by one of the taxi drivers. He didn’t need to convince or flatter anyone. Joy and celebrations were spontaneous. The taxi drivers soon came into conflict with the police. 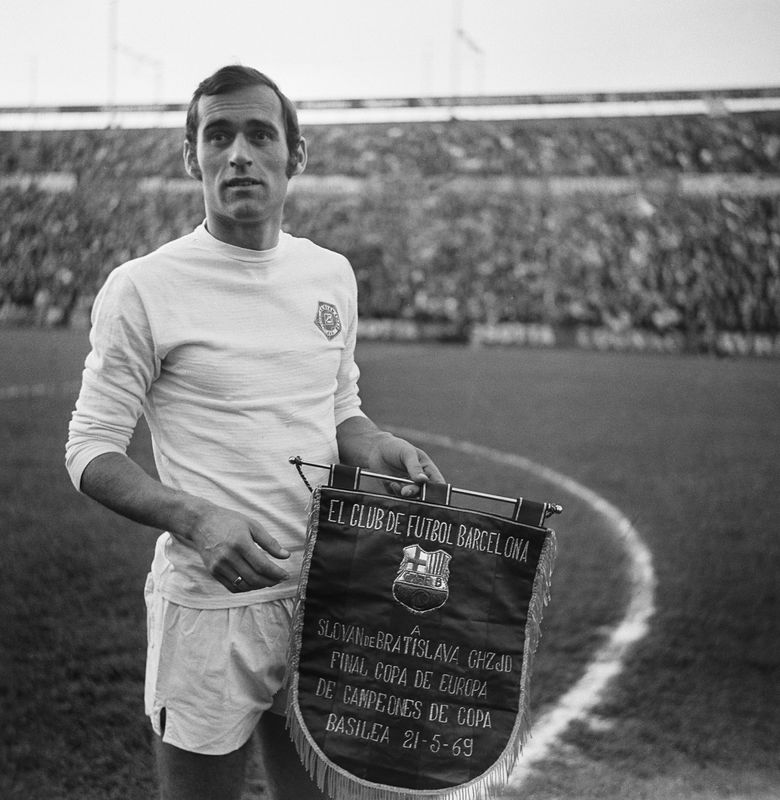 “Of course they broke a thousand rules. Late at night they blew their horns in the city streets, rioted, drove in the opposite direction. Some of them, including the main organizer, were detained. I chose to pray for him. Can you understand the joy?” I asked the police officers.’

This never has to happen again. Of course it was difficult to talk to them. Maybe they sympathized with us inside too, but they followed the rules. They asked me to leave.

One more word and we’ll lock you up too, one of them said. But I must add that they finally got wise, maybe my intervention worked too. The taxi drivers were released after a while,” Horváth continued in our conversation a few years ago.

On his way to a historic victory, he considered the first round the most difficult. Slovan defeated NK Bor at home 3:0 and everything seemed clear. 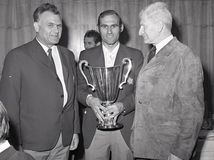 read more He was a leader in Slovan and in the national team. The captain of the PVP 1969 winners has passed away

“But in the return leg we didn’t get more than half the field. We were blown away by two pieces. And we only came on thanks to Vencel’s substitute Kontír. Despite the goals, he picked up the game and destroyed many of the chances.

If Šaňo had been in goal they might not have given us three goals and maybe we would have conceded even more. We can only speculate about that, but it’s not important. Most importantly, that’s where our great and successful journey began.”

He took over from Popluhár

Ján Popluhár wore the captain’s armband against NK Bor and then in the second round against Porto. The Slovakian footballer of the century took part in the success of the team. But in the spring, when the competition continued with the quarter-finals, he was no longer active in the white jersey. He received approval to transfer to the French Olympique Lyon.

His hitchhiker twins took the baton after him. Captain Horváth was perfectly prepared for his role and led his teammates to a historic triumph.

In the spring of 1969, however, he fought alongside other representatives from Slovenia in qualifying for the 1970 World Cup. Even in the national jersey, Popluhár handed him the captain’s scepter.

There was no time for celebrations after the final in Basel, as four days later the Czechoslovak national team had a demanding qualifier with Hungary at the Népstadion in Budapest in front of 100,000 spectators. Four recent PVP winners – Alexander Vencel, Alexander Horváth, Ján Zlocha, Karol Jokl – took part.

In 1969 there was no end to the joy of football. At a memorable December meeting in Marseille, the Czechoslovak team won an excellent match against Hungary to advance to the 1970 World Championship in Mexico. Horváth played group matches against Brazil and Romania in the Championship, and they also marked the end of his era in the National team. After the tournament, he transferred to Molenbeek with the approval of the authorities.

After two years, after the official engagement ended, he decided to stay in Belgium with his family. He became an emigrant.

“I couldn’t go home for almost two decades, I would have actually ended up in bass by now. My wife and I were sentenced to two and a half years in prison,” he explained.