Not a single loss, four wins from the last five games, three hundred minutes without a goal against. This is the current balance of football players from Podbrezová.

Most recently, the top league newcomer managed to face the struggling Trenčín at home, winning 2:0 to equal the club record. He had experienced something similar before.

He also didn’t lose ten games in a row in 2016/17, after that he picked up slightly more points (23) for six wins and four draws. He was later denied a draw with Myjava, who left the league.

The team from the smallest village in which the first football competition is played is a pleasant surprise in the course of the competition so far. The aim is to create attractive football and every match attracts more attention, but that also makes higher demands.

Roman Skuhravý, the Czech coach of Podbrezovčany, also indicated this after the fight with Trenčín. “I appreciate the win because we are entering a phase where expectations and mental pressure on the players are abnormal. We have to learn to live and play with this.”

The results of his attacks are all the more valuable as they act as one of the three newcomers to the league.

Six years ago, when they had an equally successful autumn in Horehroní, the team was already playing in the elite for the third year. It had been promoted to it two years earlier, and during that time it wasn’t nearly as successful.

“We don’t claim that we will fight for the title, but we want to be interesting, play attacking, the goal is for people to enjoy our football.

If we can make it to the top six, it would be great,” said Miroslav Poliaček, CEO of FK ŽP, on the threshold of the new season. 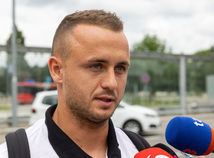 Read also Lobotka invested in Podbrezová. It does not interfere with the operation of the club

Podbrezová capitalizes on this trend: she is interesting and especially loves football. After the international break, she faces the toughest test so far. He will present himself in a fight with the defending champion in Tehelno polí.

She rightly beat him at the start of the season (2:1). It could be a turning point. In the fall of 2016, Podbrezova’s streak ended in the eleventh meeting: she lost to Žilina, the leader at the time (0:1). 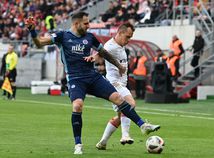 Read also Trnava will lose at home after the derby. He wants to stop Slovan