Kick-off for the 2022/2023 European Conference League group match between France’s OGC Nice and Germany’s 1. FC Koln was delayed by 55 minutes due to violence from out-going fans in the stands of the Allianz Riviera stadium in Nice.


According to local media, 18 people were injured in the fight between supporters.

According to foreign media, one of the fans in the stands was in danger. He fell from the top block from a height of five meters and is in serious condition. It should be a supporter of the home team.

“OGC Nice strongly condemns the incidents that took place before the match. They started with the destruction of property in the city and continued with the violent entry of dozens of rock fans from the Cologne supporters section into the hall of fame.

We were surprised by this violent behavior as we did everything we could to provide the fans of Cologne with the best possible conditions.

We feel sorry for the people who witnessed and were victims of these incidents and had to wait almost 45 minutes to get to the stadium,” the Ligue 1 player said in an official statement.

The German club reacted similarly to the situation:

“We condemn all forms of violence as much as possible, we are for sportsmanship and honest behavior and respect between us. Apologies to all decent fans.”

Kolín’s captain, Jonas Hector, called on supporters to calm down pending the start of the game.

“We can’t wait for the game and we all want it to happen. But we have to say it’s not good what happened. We don’t want to see anything like that,” he says according to the social networks of 1. FC Köln nad Rýnom .

About 8,000 Cologne supporters came to Nice. “This fan festival has lost its effect,” regrets club president Werner Wolf. He promised that the club’s management will do its best to find the perpetrators and ban them from the games. 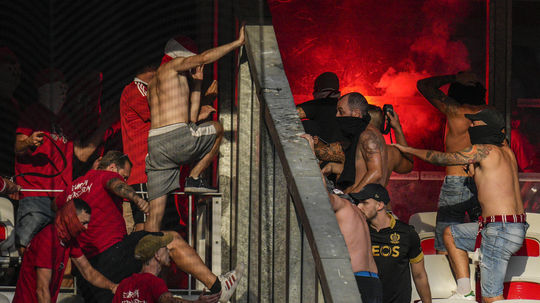 French champions Paris Saint-Germain also responded to the incident, denying that his supporters in Nice were among the aggressive fans.

Members of the banned ultras group of PSG supporters should have joined the fighting that delayed kick-off by nearly an hour.

Dozens of people were injured in the stands of the Allianz Riviera stadium, the Paris hooligans are said to have joined the German fans. 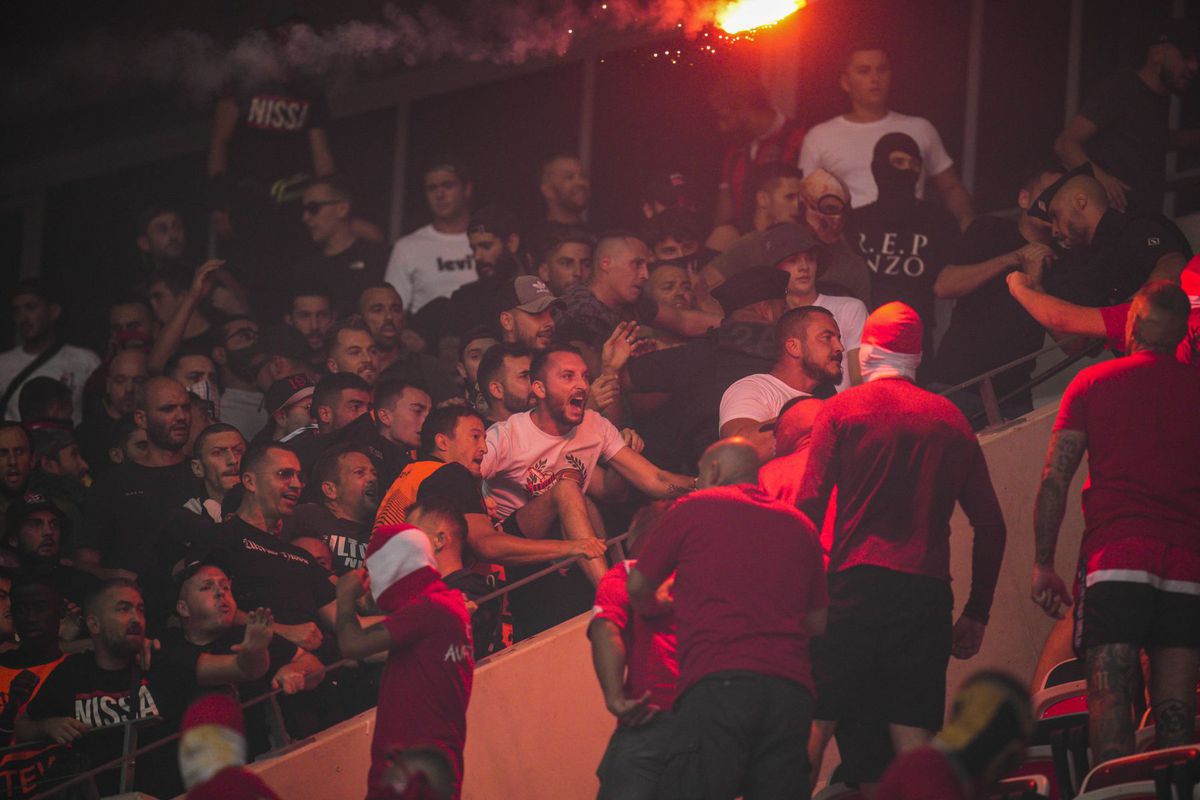 The captains of both teams, Dante and Jonas Hector, tried to calm the incidents.

In an official statement, PSG’s management condemned Thursday’s events and recalled that it has been heavily involved in preventing violence in football over the past decade.

In 2010, “hardcore” disbanded a group of fans called Supras Auteuil, not recognizing their members as PSG supporters and insisting that they are not allowed to enter the stadium in Paris. 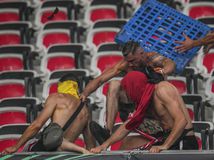 The reigning French champion had serious problems with hooliganism from 1985 to 2010. The club then took strict action and radically changed its ticketing policy.

“The club will consider what steps to take in the event of reputational damage caused by the actions of such individuals,” PSG said in a statement, the AP said.

Slovakian representative Ondrej Duda was also seen in the Kolín jersey. He played until the 56th minute, six minutes later the home side equalized from a penalty converted by Andy Delort.