And it is here. Slovakia has a new national coach. The question is whether it is the one he wanted. It is impossible to get rid of the impression that the Italian Francesco Calzona is a virtue only by necessity.

But hey, that doesn’t disqualify him. He worked in Naples for many years, although until now he was only an assistant.

The Slovakian national team is in a situation where no one guarantees anything. Even Vladimír Weiss, in whom SFZ had a long-term interest, is no guarantee of success. Things are going downhill for the national team, the mainstays are gradually disappearing and Marek Hamšík has recently joined them. A long-term leader, a playmaker, a man without whom there probably wouldn’t be a championship to this day.

Paradoxically, it was Hamšík who recommended Calzone.

read more Experts scratch their heads: Calzona has not trained anywhere and is already leading the Slovaks

In recent months, the public has become enthusiastic about the idea of ​​hockey. A foreign coach as a way to get Slovakian football out of the doldrums. We temper expectations. Football is not hockey, Calzona is not Ramsay. Or can you imagine the new coach sacrificing the first two qualifications for the sake of the future of Slovakian football?

barely. The football environment is much more uncompromising. Often without the possibility of repair. Without preparation, the 53-year-old Italian will go “sharp” from the start. With a single star. Without the shooter. Without the opportunity to discover your “Slafkovski, or German”, because Slovakia doesn’t have those and they don’t even exist. 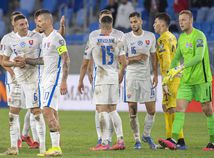 read more The Italian was given priority over the Slovaks. Is it the right choice?

Being the new coach of the Slovakia national football team today is no mean feat. Especially if you come from abroad. There will be many wiseguys from the start, and Calzona is a legionnaire. As a rule, more is expected of them.

At home he sold coffee. Good. Italy. That’s how she drinks herself. However, the resident of Calabria now gets his hands on other material. No taste or smell lately. Buona fortuna (good luck), making strong coffee becomes a chore.

In Slovakia for every barista.

Is a foreign coach the right choice for Slovaks?

Let’s not judge, let’s give him time first

Absolutely not, it’s an unknown name

No, he has no head coaching experience

Yes, he will bring many new things for the national team

Surely! We wouldn’t find a candidate in Slovakia 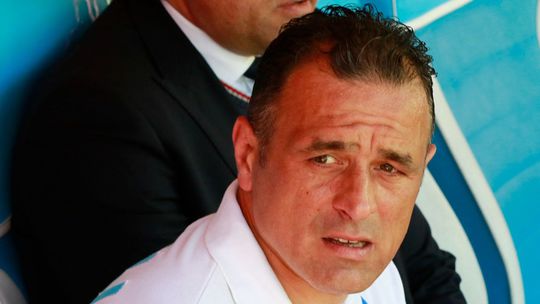