While there were clashes with the police before the Champions League match in Marseille, it was a very different story in the Danish capital. An unexpected treat was prepared for the FC Sevilla supporters.


A goalless draw was born in the match between FC Copenhagen and FC Sevilla – in the photo on the left visiting defender Alex Telles in a fight with midfielder Copenhagen Zec.


Supporters of FC Copenhagen, whose jersey also includes Slovakian defender Denis Vavro, showed that not every match has to be about enmity between two sides.

In the second match of the Champions League group stage, Copenhagen welcomed Sevilla footballers (0:0). The fans didn’t see a goal, but the guests in the stands will remember this game for a long time.

The hosts decided to surprise them and brought several bowls of well-chilled beer to the sector. With this they showed their respect and gratitude for their decision to come to Copenhagen.

The team from the capital of Denmark is the outsider of Group G of the Champions League. In addition to the Spanish Sevilla, it also includes the favorite big clubs Manchester City and Borussia Dortmund. 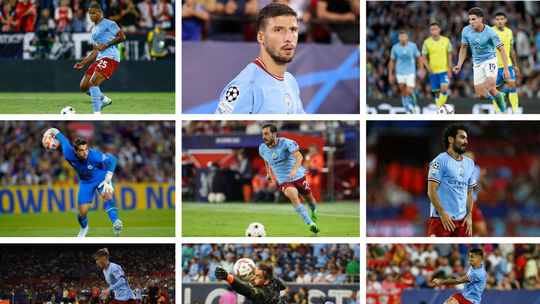